- NEW - #6828 - ActivateSelectedElementMoveEx method added so that when a single text element is selected, its style origin will be used.

- FIX - #6830 - DGN Export was not applying filter mappings to the sub-elements of a Group Element.
- FIX - #6832 - Snapping was not working with selected element moves.

- NEW - #6833 - Change to snapping so that if a text element with a style origin is used, the style origin will be used instead of the element's real origin.

- NEW - #6754 - RestrictPresetExport added as Data Property and to Additional Properties section of the .GTM.

- NEW - #6756 - Print to Scale will now support the Shift-Plus and Shift-Minus not increase or decrease the scale by 5%.

- NEW - #6762 - If a RasterFileList entry is defined along with a RasterPath entry in a Raster Category section of the .GTM and multiple RasterPath items are specified (delimited by semicolons), each file in the list will be search for in each of the RasterPath directories until it is found.

- FIX - #6766 - Added FT and FT_Pre entries to the Additional Properties section of the .GTM to support Feature Tooltip entries that contain long entries. The FeatureTooltip and FeatureTooltip_Pre entries can only support 200 character per property.

- FIX - #6769 - The DG.GTI_Area variable for the Dynamic Graphics expressions will now compute the area for a Shape with hole element using only the primary shape.

- CHG - #6771 - Thresholds for Highlighted elements behaved differently than thresholds for Filters, Styles, and Dynamic Graphics. They have been changed to match.

- FIX - #6774 - Problem when selecting elements and moving large distances. Element ranges would sometimes get correct because of roundoff error.

Posted by GTViewer - Joey Rogers at 2:07 PM No comments:

- FIX - #6829 - DGN Export was not applying filter mappings to the sub-elements of a Group Element.

- NEW - #6837 - The -ind command-line option has been added to draw an indicator when you do a locate from the command-line interface.

Posted by GTViewer - Joey Rogers at 11:55 AM No comments:

Should I Upgrade GTViewer to a newer Version?

I frequently see customers running older versions of GTViewer. Granted, there is an update to GTViewer on a fairly regular schedule, so it would be impossible to be on the latest version all the time. If you haven't upgraded GTViewer in a while, it might be time to take a look at what you missing out on.

There are many reasons customers stay on older versions of GTViewer. The main reason is that it does what they want and “if it ain’t broke, don’t fix it.” However, the current version of GTViewer is 10 (with 11 around the corner) and there have been significant new features added in the last few years. If you are currently on Version 5 or Version 7 (there was not a version 6), then you should probably take a look at what is new in the last several major versions. Even if you are on versions 8 or 9, it would be worth looking at what is currently available.

The list of enhancements since GTViewer version 8 was released is lengthy (539 items in the Readme.txt), but I am restricting my list below to new features that are visible, offer something that is substantially new, and will be beneficial to many users.

GTViewer Version 11: (available before the end of the year)

There are many new features that I didn't list above. Many of those that I left out were to help out a customer with a specific problem; however, it is very common for one of these enhancements to be useful to someone else (more times than not it seems). See the current GTViewer Readme.txt for the comprehensive list of enhancements.
Posted by GTViewer - Joey Rogers at 3:34 PM 1 comment: 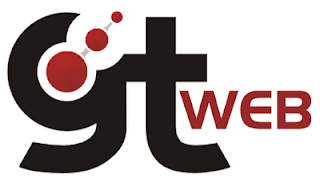 Okay all you Apple Fan Boys (and Girls), GTWeb is now available from Apple's App Store. It will run on any iPhone, iPad, or iPod Touch running iOS 4.0 or higher.

If you have access to one of these Apple devices, you can go to the App Store on your device and search for GTWeb. Feel free to install it and play with our Demo dataset (electric, gas, fiber data). We have TIGER data (for Madison County, Alabama) available as well.

Unless you are in the Huntsville area, you won't be able to use the GPS features in GTWeb with these sample datasets, but that is the only limitation.

If you want to see your own data on GTWeb, contact us and we will arrange a demo.

We have a variety of Video Demos available, and we will be happy to answer any questions you may have.

Don't forget that we have GTWeb clients for Android and BlackBerry devices too.

Posted by GTViewer - Joey Rogers at 2:27 PM No comments: