- FIX - #6589 - Element selection was not working correctly in some situations.

- NEW - #6627 - The maximum number of items specified in the tap-and-hold picklist menu can now be set with the MaxPickListItems property.

Posted by GTViewer - Joey Rogers at 9:31 AM No comments:

Our booth number is #1435 on the North-East side of the show floor.

We invite you to stop by and visit our booth. We will be showing the GTWeb Client for Android, GTViewer's Dynamic Graphics capabilities, GTField's Pole Joint Use application, Outage Analysis, Upstream/Downstream tracing, and much more.

Posted by GTViewer - Joey Rogers at 11:12 AM No comments:

Rather than relying on estimates and negotiation, GTField can be used to determine the actual number of streetlights and attachments on each company owned pole. Too much revenue is lost due to inaccurate or incomplete facility records. GTField provides the ability to easily capture the revenue from those new and changing facilities.

The payback is almost immediate. One of our customers captured well over $100,000.00 in revenue using GTI’s Streetlight Light Inventory/Pole Inspection Application in a city with a population of 65000.

GTI can implement GTField in as little as 2 weeks with no existing GIS or minimal integration with an existing GIS system. Training on using GTField is fast and easy. Implementation of other competitive services takes much longer at a significantly higher cost.
Posted by GTViewer - Joey Rogers at 11:03 AM No comments:

GTVSendClose is a new utility that will be delivered with GTData. Running the new utility will gracefully shutdown GTViewer. You may think this is an odd utility to have, but it was requested by a customer who uses a very clever and effective means of distributing data updates to its GTViewer users. I will describe the process below and show how GTVSendClose helps out the process. It may be useful to your workflow as well.

Second, once the USB drive is prepared, a USB Flash Drive Duplicator (like this one) is used to copy the flash drive to a number of other USB Flash Drive.

Third, the copied USB Flash Drives are disseminated to the users and they plug them into their laptops and the data is automatically updated, and the USB Flash Drive is returned.

One problem that occurred in this workflow was that the user could have left GTViewer running when the USB Flash Drive was plugged-in and the updates could not be copied because the data files would be locked by GTViewer. Not a terribly difficult problem to overcome (shut down GTViewer, and try again), but there is an improvement that can be made to the workflow.

By inserting a call to GTVSendClose (which can be located on the USB Flash Drive) into the update script launched by the autorun.inf, you can guarantee GTViewer will not be running when the update begins and eliminate the potential for locked files.

There are some caveats here. If a user has created a new session in GTViewer that has not yet been saved, GTViewer will prompt the user for a filename and wait for the user to respond which will interfere with the update. However, there are solutions to this problem as well such as using the External Session only option which will also use a default session name.

- CHG - #6614 - The Mask drawn around the extract has been moved to after the drawing of the Dynamic Graphics.

- NEW - #6621 - Dynamic Labels for Shape with Hole elements will now use the part with the largest bounding area as the shape to compute the centroid.

- FIX - #6622 - Dynamic Highlight was not closing temp file when using a GTX file. This prevent an internal session from being saved.

Posted by GTViewer - Joey Rogers at 1:10 PM No comments:

- CHG - #6615 - The Mask drawn around the extract has been moved to after the drawing of the Dynamic Graphics.

- CHG - #6616 - The Favorite Settings path has been changed to be under a \Graphic Technologies Inc\GTViewer directory in the AppData path.

- CHG - #6617 - The Toolbox Settings path has been changed to be under a \Graphic Technologies Inc\GTViewer directory in the AppData path.

- CHG - #6618 - The Custom Print Label Settings path has been changed to be under a \Graphic Technologies Inc\GTViewer directory in the AppData path.

- FIX - #6619 - Measure/Pan would not release mouse control when a mouse up event occurred off the view.

- NEW - #6620 - Dynamic Labels for Shape with Hole elements will now use the part with the largest bounding area as the shape to compute the centroid.

Posted by GTViewer - Joey Rogers at 3:40 PM No comments: 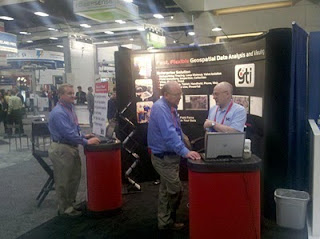 GTI debuted the GTWeb Client for Android at DistribuTECH 2011. The new GTViewer 10 with its Dynamic Graphics capabilities, GTField Pro, and the GTPlot Image Server were also highlights of the show.
Posted by GTViewer - Joey Rogers at 11:55 AM No comments:

GTWeb Server provides a geospatial viewing solution for internet and intranet clients. GTWeb is centrally managed and can support a large number of clients requiring frequent or occasional access to both graphical map data and tabular database records.

You can also watch a demo here. 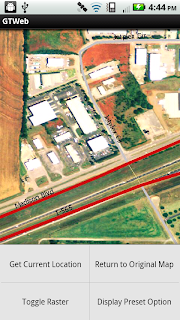 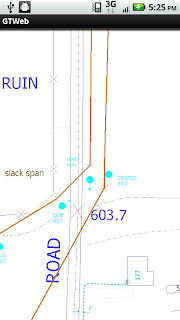 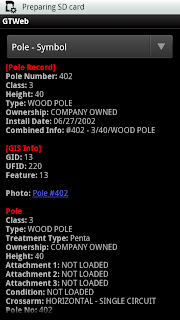 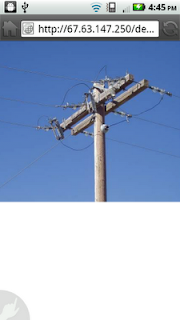