Update Available for the GTViewer Reader/Writer in FME 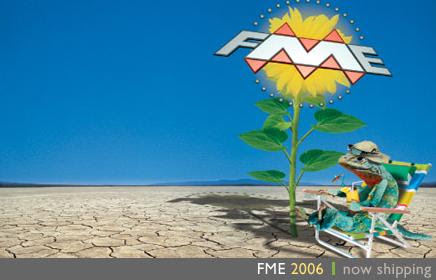 The latest FME Beta (build 2561 and later) from Safe Software includes an update to the GTViewer FME Reader/Writer Modules. This update includes several fixes and some minor new features. List of all updates below.

GTI will continue to improve the GTViewer Reader/Writer modules for FME as they have proven to be a very powerful means of getting data into and out of the GTViewer format. Through the use of FME, GTViewer, Pocket GTViewer, GTVx, and GTWeb can be used with any of the data formats FME Supports.

- FIX - Shape With Hole Elements (Donuts) were not converted correctly. Internal polygons were not being closed.

- FIX - If no tabular attributes are present on a feature, then no database record is written. Previously, an empty record with key information was written.

- NEW - IndexGraphics entry in the GtiParameters.txt. If set to 0, the .gtg files will not be generated.

- NEW - The gtiParameters.txt directive file was added. It currently supports the EmbeddedAttribute entry which will automatically embed an attribute on a converted element element. This embedded information can be used for various things, such as tiling the data that was not originally tiled. It is also the same as setting the gti_embeddedData to the source attribute and the gti_embeddedDataType to 1 for all destination datasets.

- NEW - The Destination Dataset attributes are used to filter the attributes written to the output feature tables. Previously, all available attributes were written.

- FIX - The \xd\xa character was filtered out of attribute values, but \xd and \xa were not filtered out individually. This caused a problem with the table merge at the end of the conversion since there were blank lines in the temporary files.