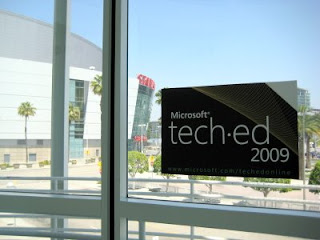 This year the TechEd Developers Conference was merged with the TechEd IT conference and happened last week in Los Angeles. While there were significantly fewer Developer oriented sessions, it was interesting to sit in some of the IT sessions. With around 700 sessions to choose from and only about 20 you can actually attend, the need to be particular about what you want to learn becomes very important. I heavily weighted my track with “Mobile”, but I also checked out SQL Server’s Spatial capabilities, and the future directions of the development environments and programming languages.

The push, I mean focus, this year was definitely the yet to be released Windows 7 and Windows Server 2008 R2, followed by a healthy dose of Virtualization in the form of Hyper-V and Windows Virtual PC.

I did have an opportunity to run GTViewer on a beta copy of Windows 7 at the “Bring Your Own App Lab.” There were a few glitchy things with reading some values out of the registry, but overall I was very pleased with how well GTViewer worked the first time on Windows 7. I have already checked off a lot of grief on my to-do list from this experience. The free booze they were passing out was not even necessary to favorably color my opinion of Windows 7.

The focus last year was definitely LINQ, which seems to have been toned down now to is actual value. WPF and Silverlight, looked cool to try, but now they look usable. Microsoft’s creation of tools to help spawn the development of new programming languages is supposed to bring about an explosion in new languages. I along with everyone else in the Polyglot Programmer session cringed at the idea of having to learn dozens of new languages, but like LINQ, this idea may fade into a manageable and productive tool in our programming arsenal. I was hoping to see Windows Workflow (WF) be a hotter topic than it apparently is, but it may take a few iterations before it catches on.

I was pretty pleased with TechEd 2009. I will continue to process the information for a while. 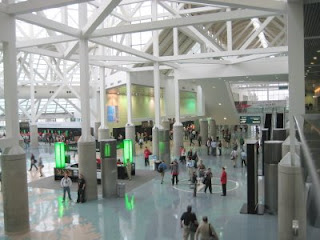