Part 2. See Part 1 for the beginning of this post.

Everything presented so far about the Upstream/Downstream Trace is pretty standard as for as Tracing applications go. The next part discussed is what sets GTViewer apart from other development platforms. The Modify Status button at the bottom of the dialog allows the user to change the Open/Close status of any switchable device. Changing the status will affect how the trace operates (since a trace will not go through an open device). By default, all switchable features use the status from the GIS data. If you press the Modify Status button, you can then select a switchable device in the view and change it open/close status. When a switchable feature is selected, you will get the following dialog: 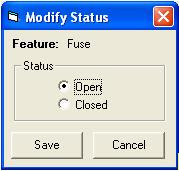 This dialog tells you the type of feature you selected and shows the current status. If you change the status and press Save, the new status will be used the next time the data is traced. A modified feature will be shown in Red to indicate that it has been changed.

The next several screenshot will show how switching devices will change the trace results. The first screenshot show the Trace with no modifications made. The Magenta conductor is the starting feature and some of the Blue downstream features are shown. 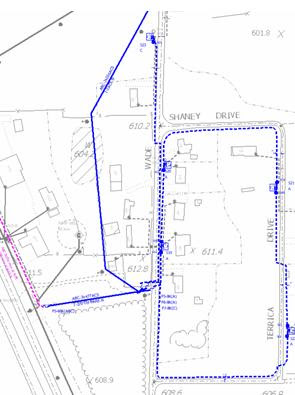 If we zoom in to the center of the previous screenshot, there are 3 fuses: 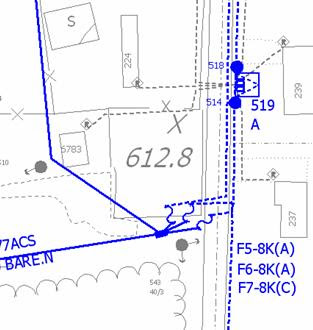 I will open each switch one at a time and show the different trace results after each opening. In the screenshot below, the middle fuse is opened: 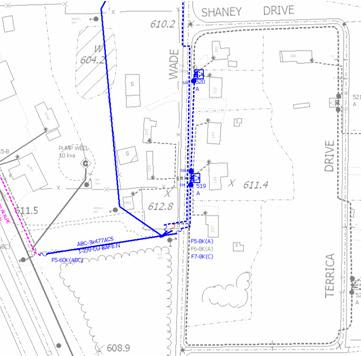 In the screenshot below, the middle and left fuses are opened: 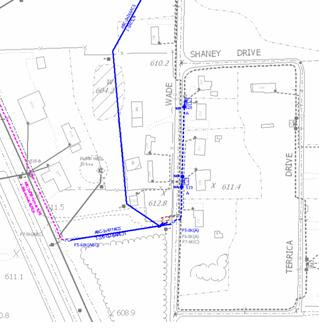 In the screenshot below, all three fuses are opened: 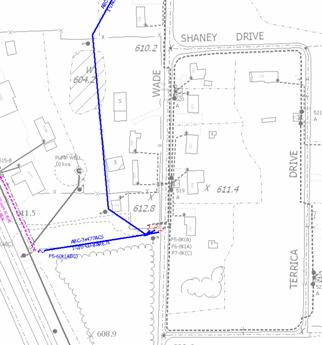 The above example is just a simple demonstration of what can be done by modifying the feature status.

There are many things that can be done with Trace results that are just part of GTViewer’s standard functionality. Trace results can be printed: 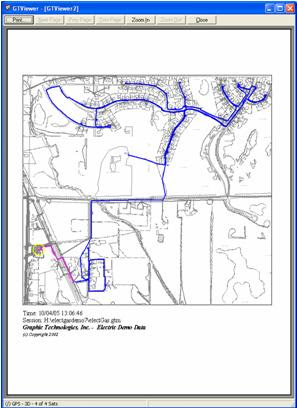 The Feature Counting mechanism works on Trace results just like it does on any other feature. For example, the below screenshots show the Count summary and a Count Details report for Conductors. The Count in this instance only applied to the trace results and not all of the other features in the data. 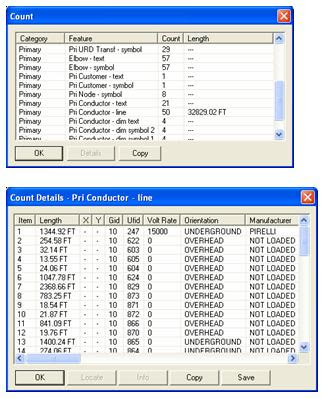